Sam and I started the day by walking around some of the activities in the summit centre including Brownsea Island again, where we got a talk given by ‘Robert Baden-Powell’! 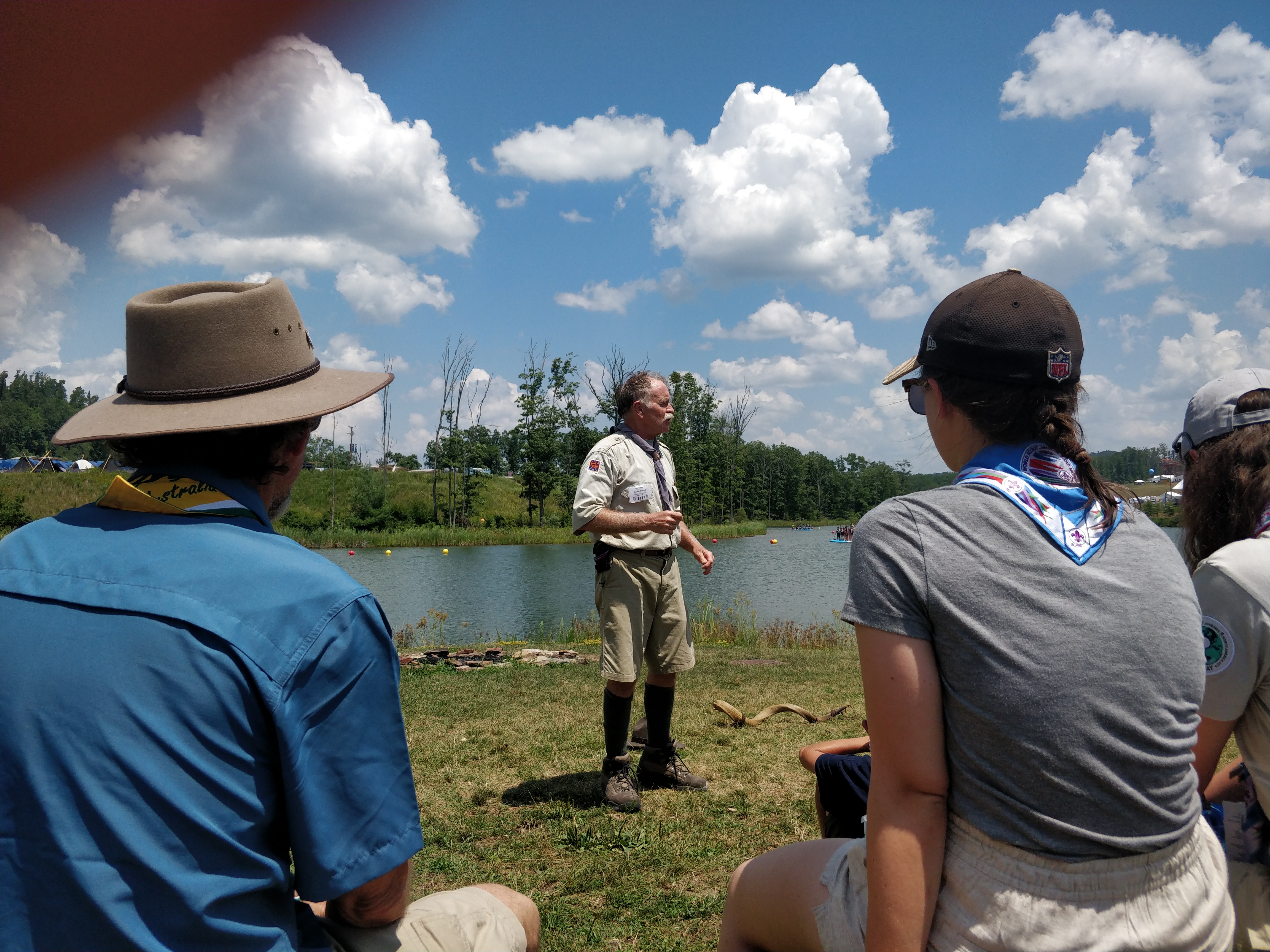 Then after a walk on the lake we met with the Queen.

We then headed to the west-side reservoir dam and played a concert near there for passerby-ers. 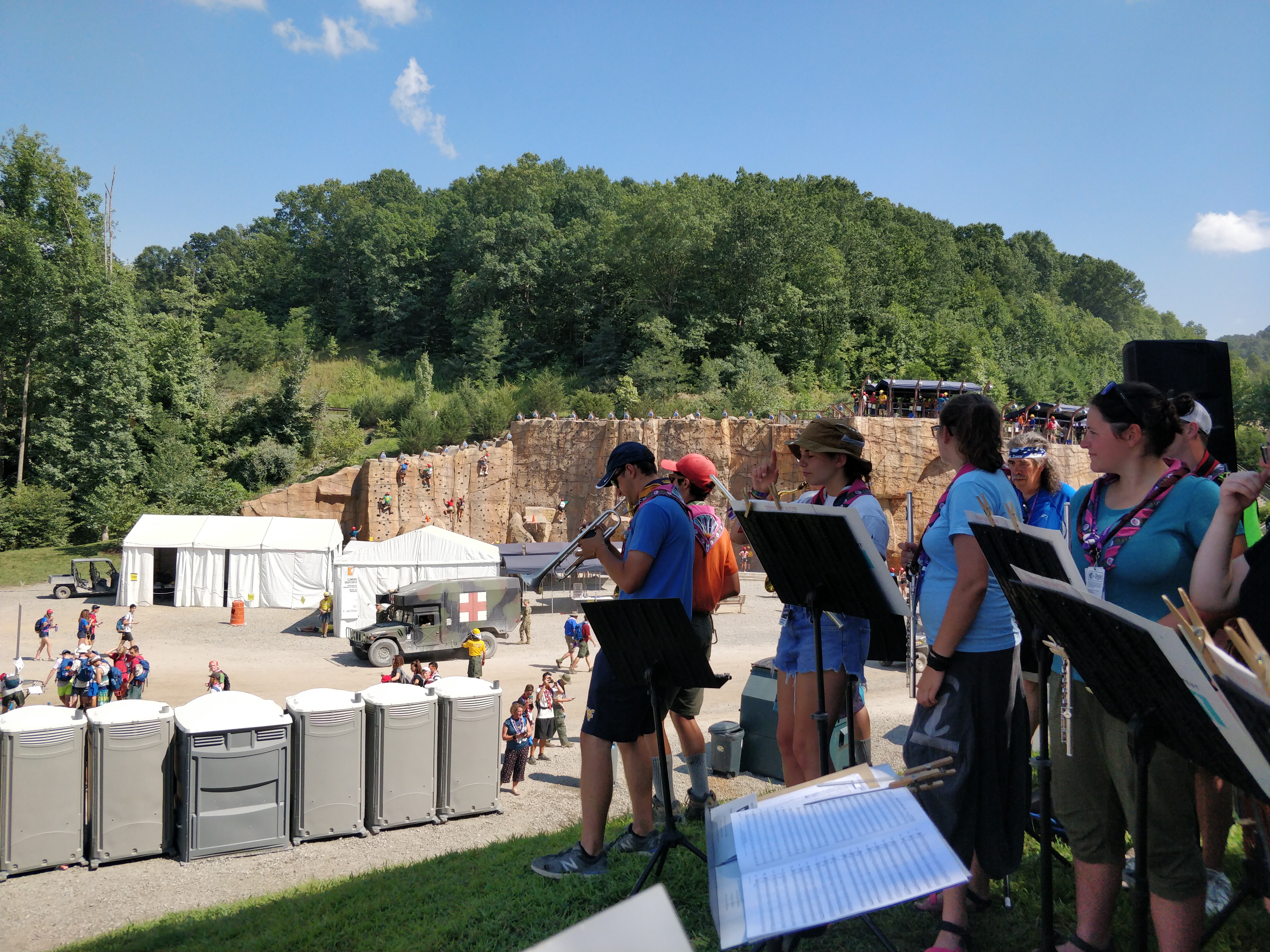 Then we had our second basecamp bash at Foxtrot, and then listened to the rock band members of the Jamboree Band on the stage in the Chat ‘N’ Chew! 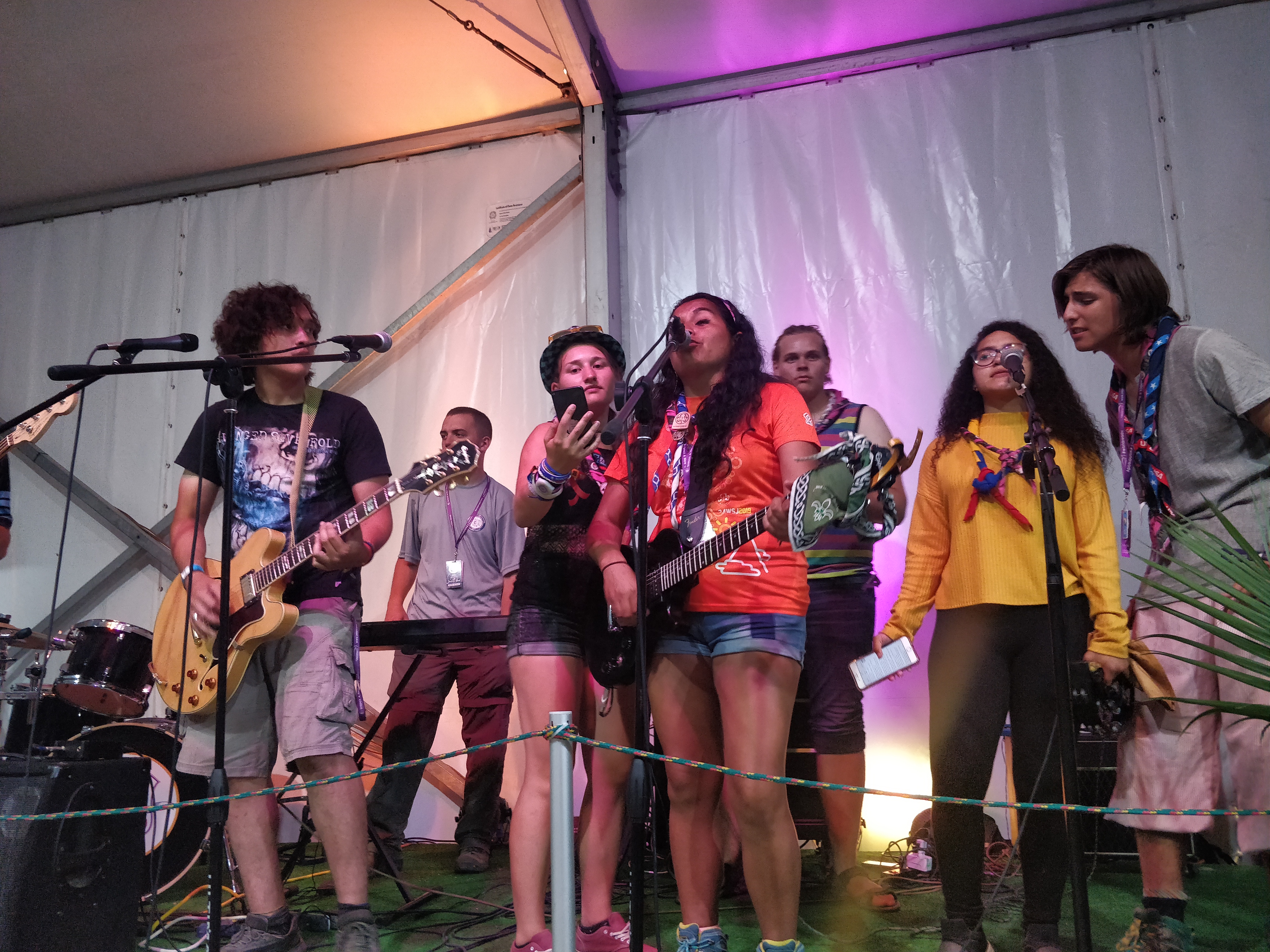 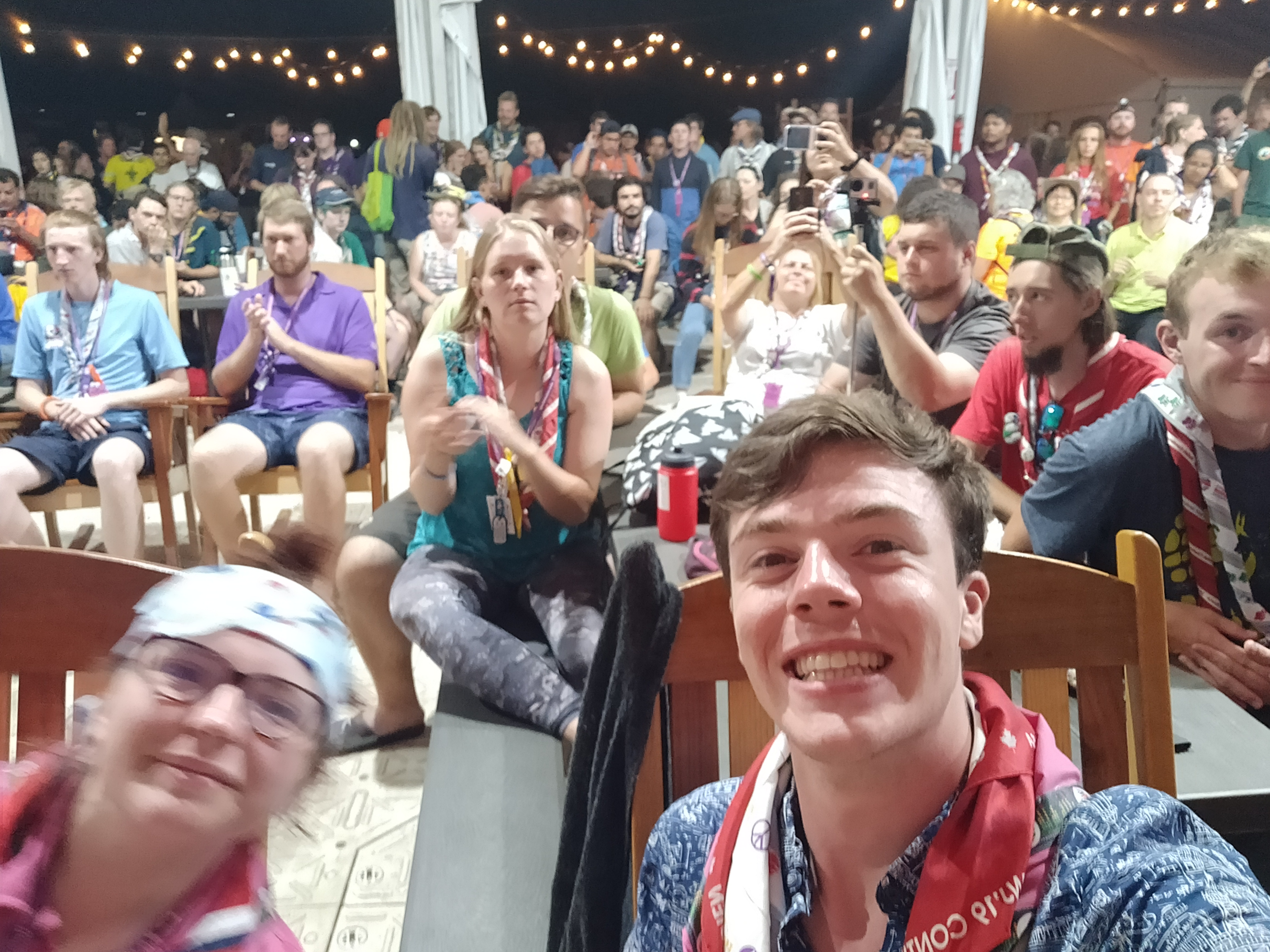