Today was Culture Day which is where all the participants from every country try to give others a flavour of the things that they do. We didn’t have too much time to see everything, but we tried some British tea and marmite, some Korean spicy things, and played some Dutch games.

We once again had a 12:00 rehearsal, but today we had an extra special gig location… A bridge! We walked over there together and spent a bit of time chatting and enjoying the food by the food houses. 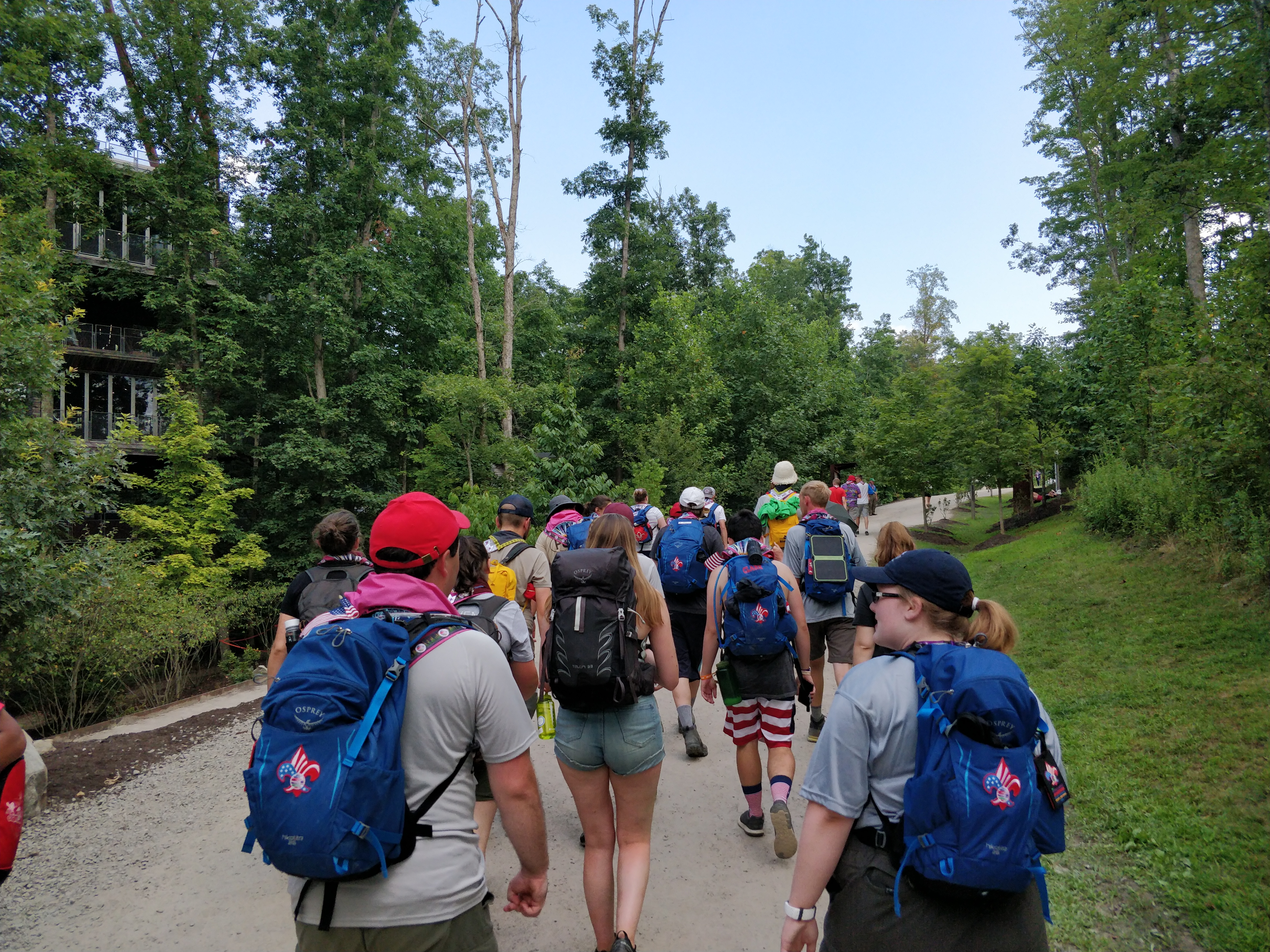 We were then soon playing on the Consol Energy Bridge (the famous bridge at Summit Betchel Reserve). Because of the way it’s built, people were able to walk underneath us and watch us play! 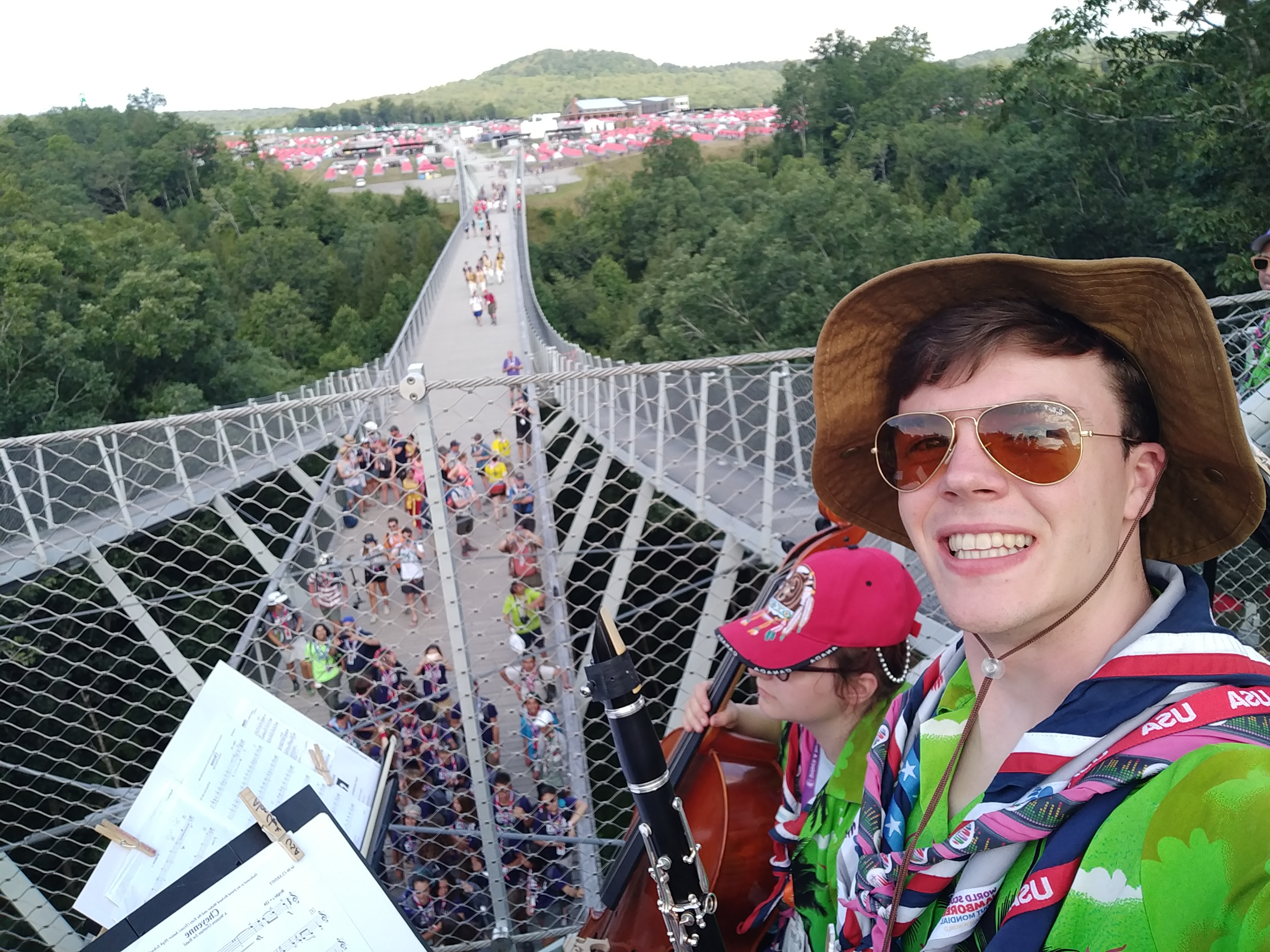 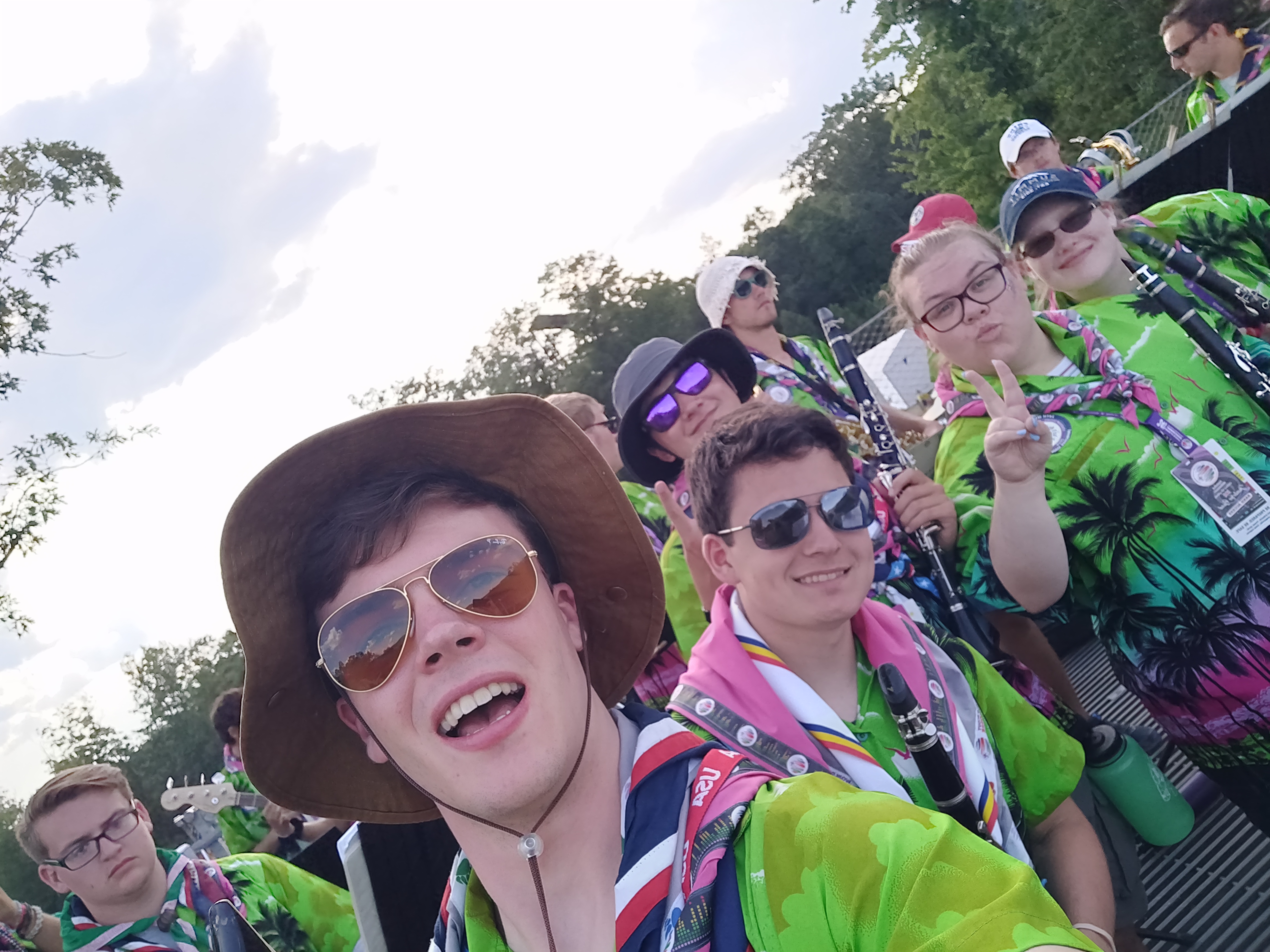 We then headed back to the stadium for the second big show of the Jamboree.

As part of tonight’s show, the band were given the task of unravelling eight 350-foot silk rolls to the audience and a particular point to supposedly give the impression of fire! So we spent some time before the show folding the silks nicely. 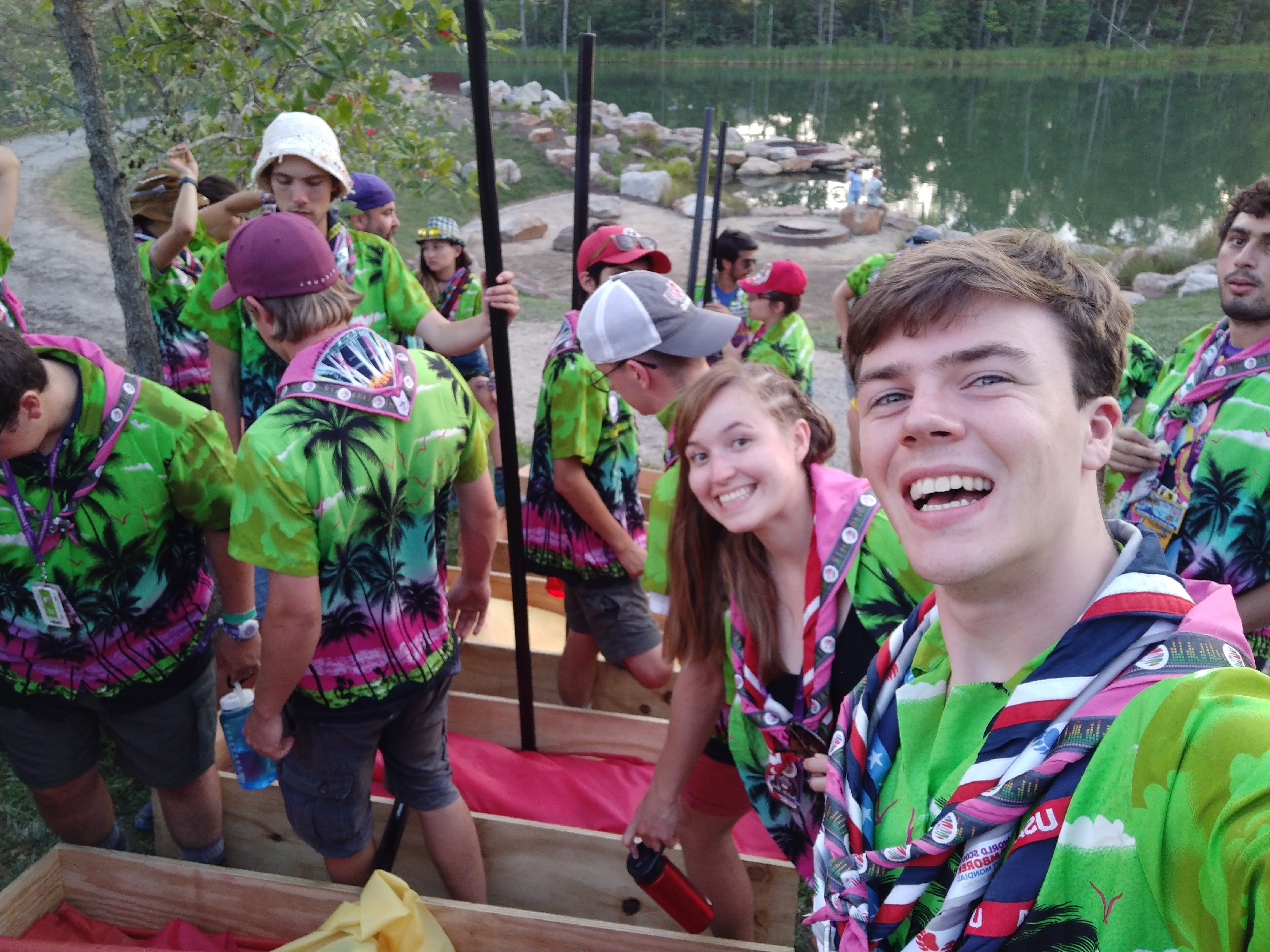 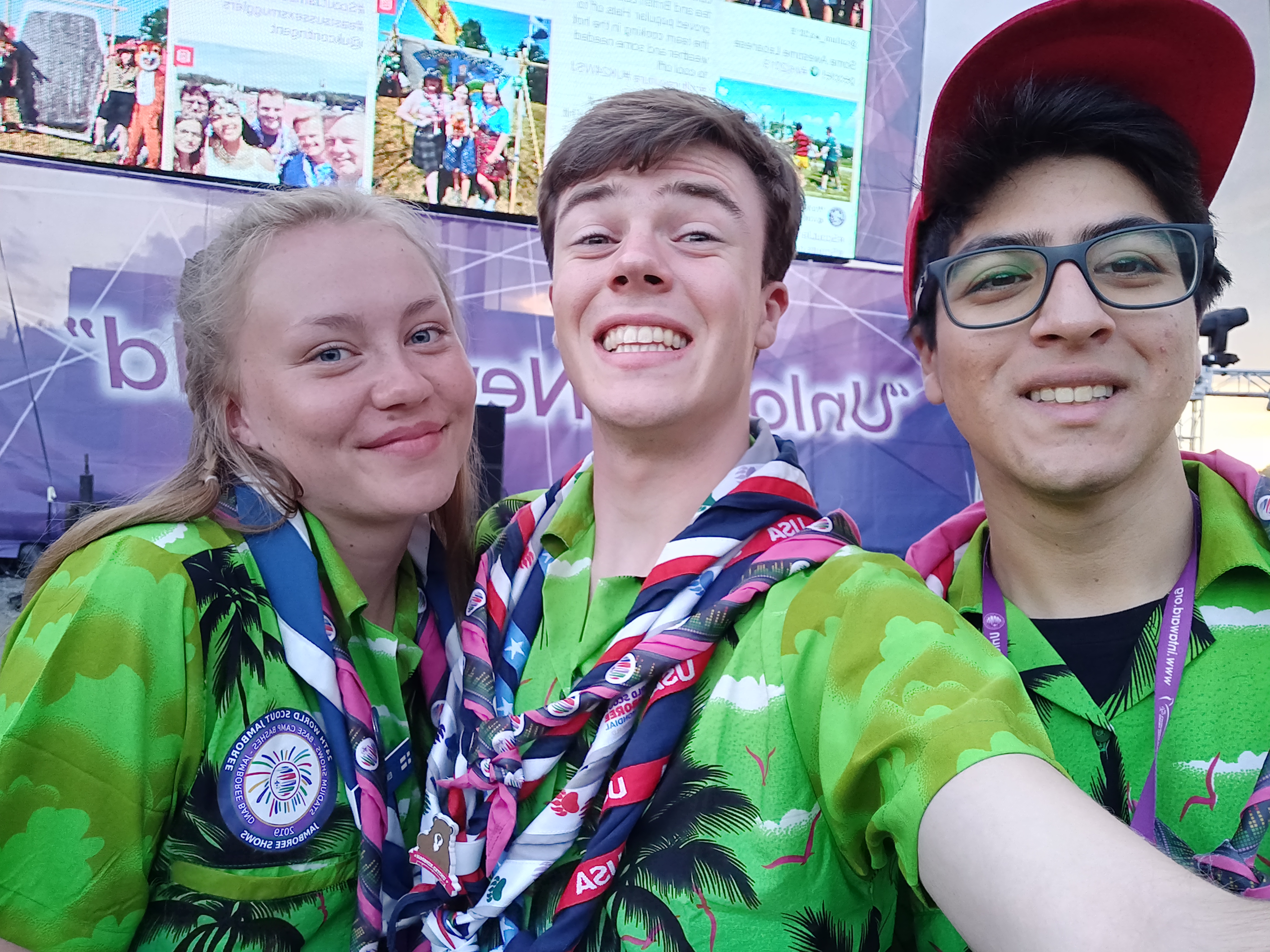 There was also an inspirational speech given by United Nations’ Secretary-General’s Envoy on Youth, Jayathma Wickramanayake – which was received very well!

After our que was given, all eight of the silks were ran down the aisles of the stadium as a huge bird on the stage grew. I didn’t see much of it holistically, but what I did see looked cool!

And the from behind the bird emerged four Broadway Disney singers and a band ready to play various popular Disney musical numbers! They were absolutely great and the crowd were very lively and involved! 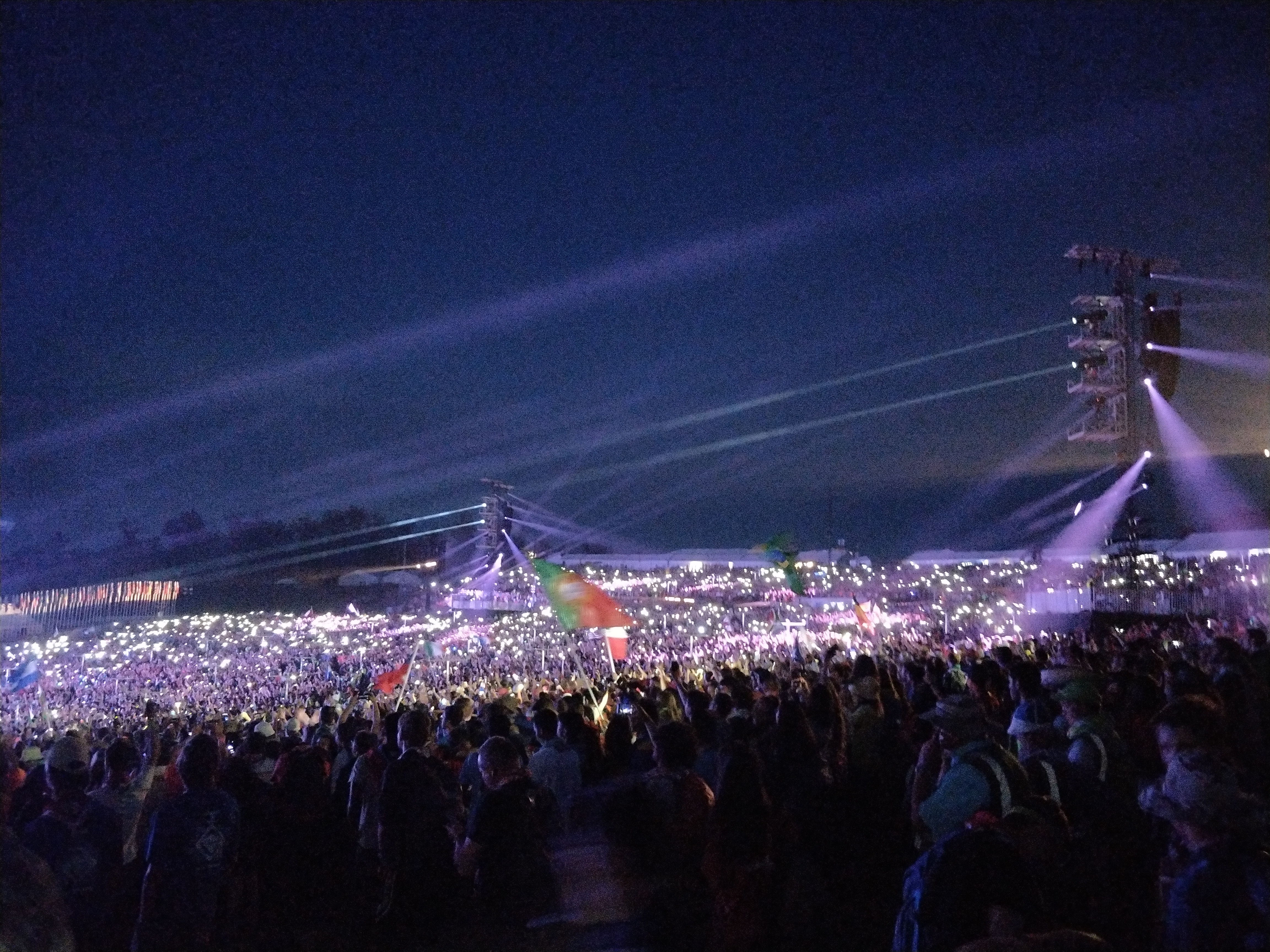 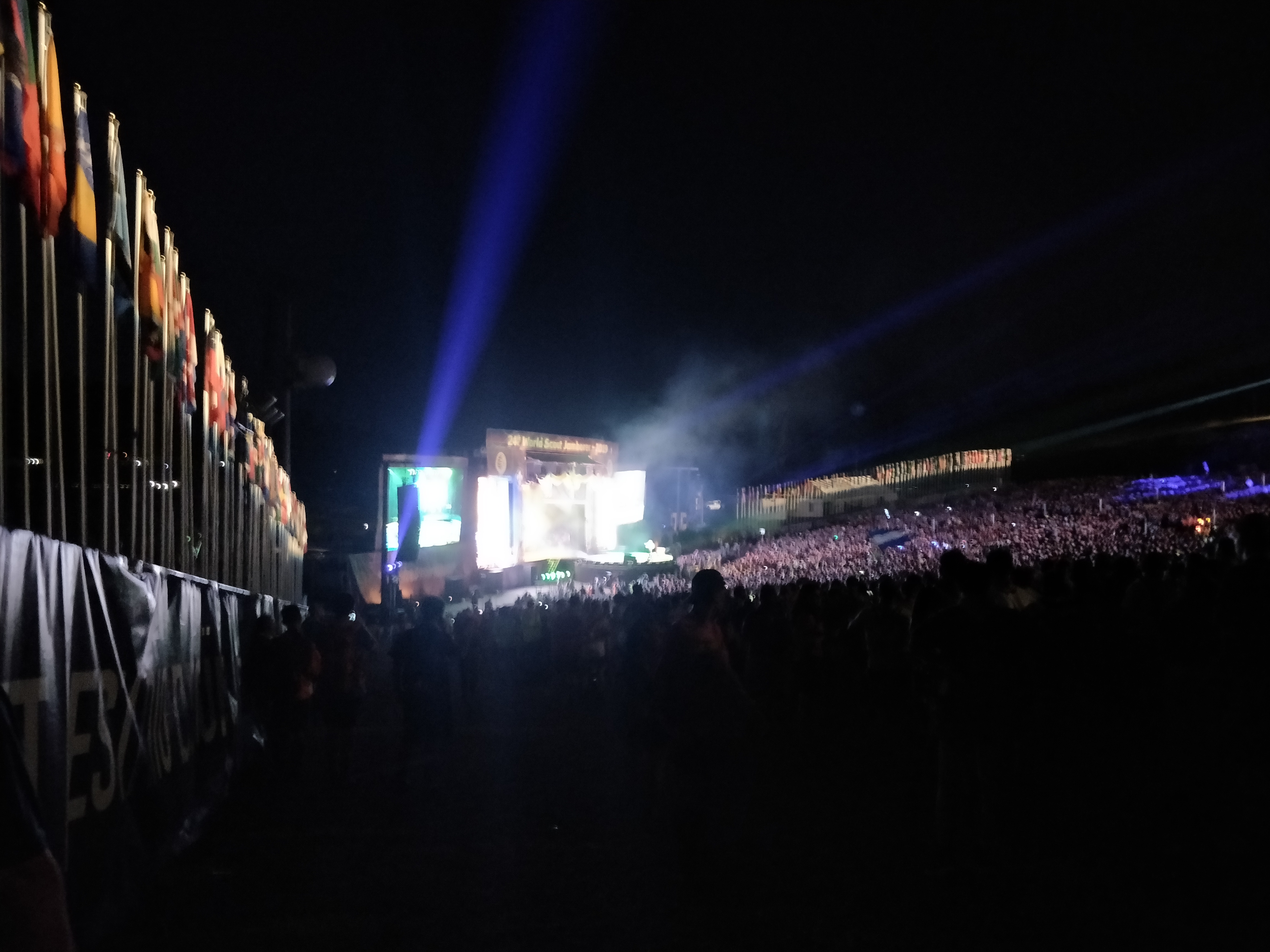 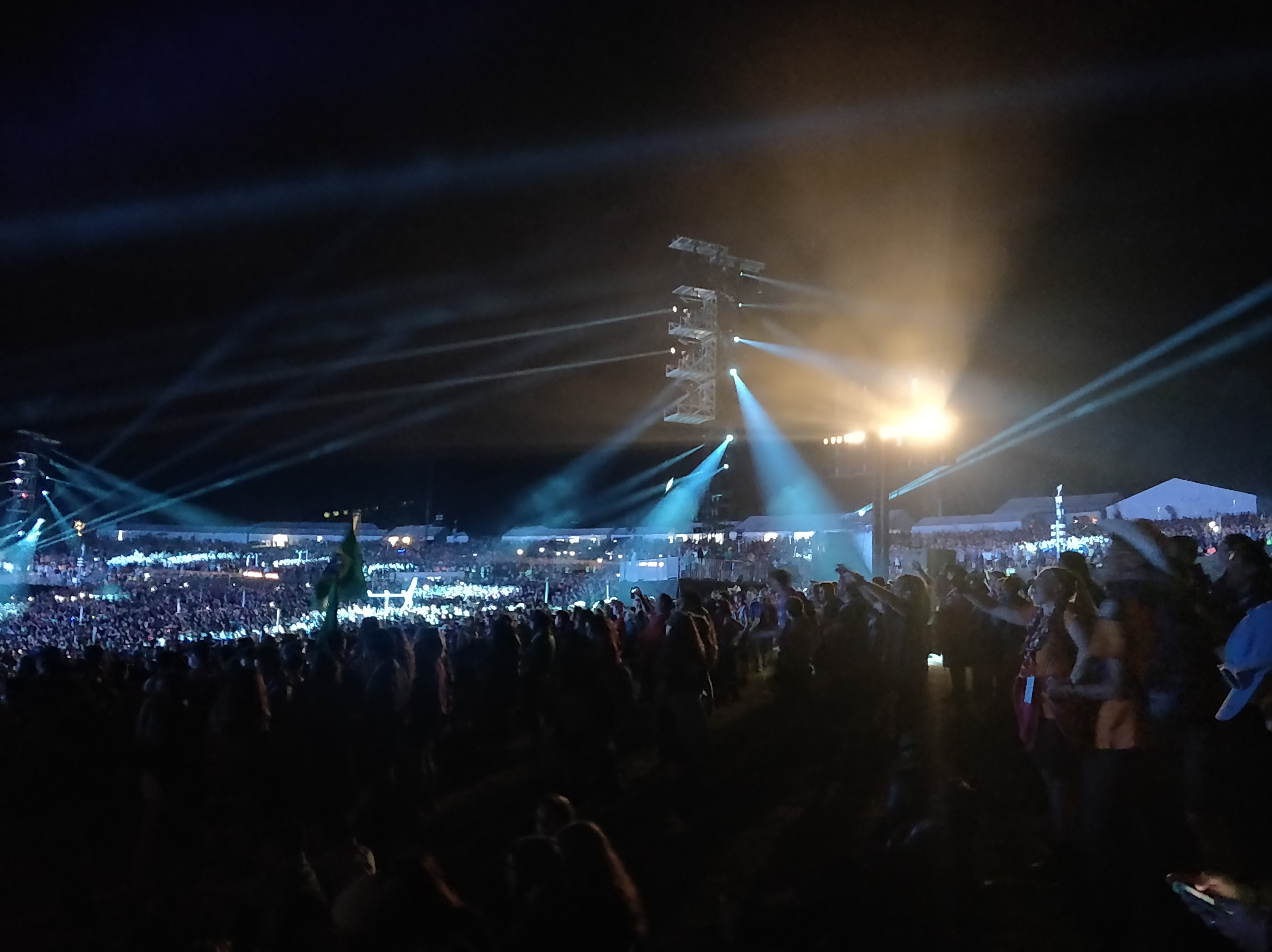